How does bail work?

The process of bail is regulated by the State of Florida. A Judge within the county of arrest sets the bail amount. Once bail is set, a Big Johnson Bail Agent will charge 10% of the Bail Bond or $100 minimum per charge. (The State of Florida regulates this fee and all Bail Bonds agencies charge the same rate). With payment and a co-signer that meets our qualifications, the bond is then posted and the accused is released.

What do I need to bail someone out of jail?

There are several things that a co-signer needs to bail someone out of jail: 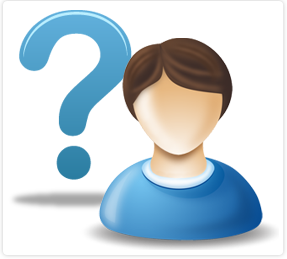 How long does it take for paperwork?

It will take about ten minutes.

How can I pay?

Collateral is something of value used to financially secure a bail bond. Some examples of collateral include cash, credit/debit cards, checks, houses, cars, boats, jewellery, and electronic equipment. Collateral must be returned within 21 days of when the court discharges the bail bond.

How long does it take for a person can get out of jail?

It depends on the jail and the county the accused was arrested in. Most facilities range between thirty minutes to four hours.

What are the responsibilities of a co-signer?

A co-signer, someone willing to sign for the accused, is responsible for the following things:

What are the responsibilities of a accused?

Do I get my money back after the accused goes to court?

No. Bail bond money is a non-refundable premium once the bond has been posted. However, if we are unable to post the bond under certain circumstances, we are able to issue a refund

What are the benefits of bailing someone out of jail?

Can I drop the money off and have someone else co-sign?

Yes. However, if there is any type of refund it will be given back to the co-signer.

Do I need to come back with the accused to complete paperwork?

Can I take care of a warrant with Big Johnson Bail Bonds?

Yes! Bail before jail can be posted through Big Johnson Bail Bonds. You can make an appointment, come to our office (to complete the necessary paperwork), and we will follow you to the county jail where the warrants are processed. They won’t even make you dress out of your street clothes.